Indigenous people make up about 1.2% of the population. However, of this demographic around 21% of said individuals have a diagnosable mental illness. Mental illness and suicide are an epidemic that is increasing across Indigenous populations. Suicide rates among American Indian and Alaskan Native men and women are startling. Since 1999, the United States suicide rate for Indigenous people has increased 139 percent, compared to 33 percent of the national average.

Indigenous people are more likely to experience suicide, suicidal ideation, and suicidal behavior more so than any other racial or ethnic group in the United States.  According to a study, “Racial and ethnic groups differ in their access to culturally appropriate behavioral health treatment, experiences of discrimination and historical trauma, and other factors that may be related to suicide risk” (Sylvia & Romer, 2008). Particularly with Indigenous people, cultural disconnection, isolation, and pressure to assimilate all are correlated with higher suicide rates. It is important to be culturally informed when serving individuals who come from differing racial and ethnic backgrounds to best serve them.

According to Indian Health Services, protective factors against Indigenous suicides include feeling a strong connection to culture, spiritual and tribal bonds, being able to openly communicate problems, and positive emotional health. Culturally relevant suicide prevention tools and therapy strategies need to be developed and used when serving Indigenous populations.

We all play a part in preventing suicide. 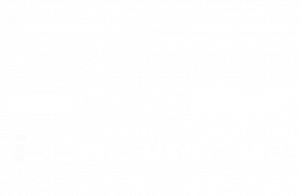 CNS Healthcare is funded in part by the following: